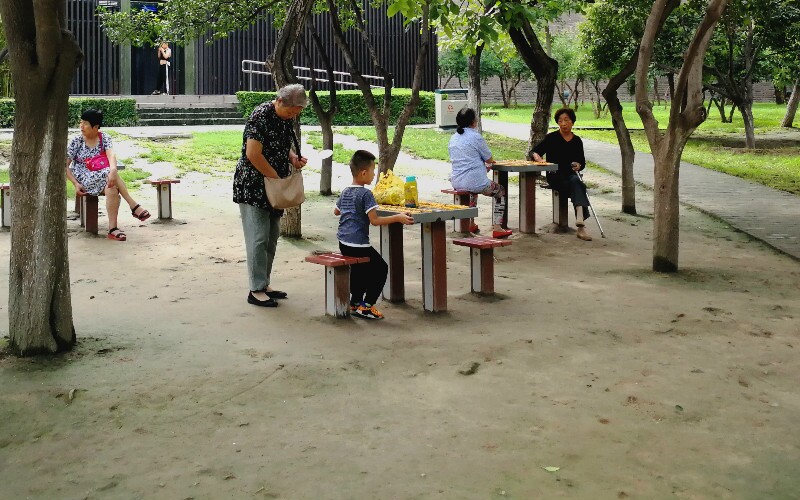 Temple of the Sun Park 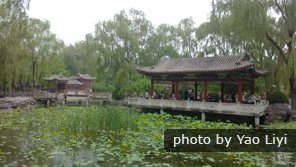 Temple of the Sun Park features serenity, simplicity and elegance. It has been open to the public since its establishment in 1951. Temple of the Sun was where emperors of the Ming and Qing dynasties offered sacrifices to the sun god.

Temple of the Sun Park (日坛公园 Rìtán Gōngyuán) is a 600-year-old historic site, inspiring visitors with magnificent beauty. Also known as Ritan Park, the compound features ornate pavilions, a pristine lake, and rainbow-hued gardens. It’s among the five temples of Beijing, along with Temple of the Moon, Temple of Heaven, Temple of the Earth, and Temple of Agriculture.

A red wall capped with green tiles encircles the altar, flanked by staircases on four sides. The square marble platform is surfaced with red brick, symbolizing the sun.

A colorful wall painting topped with green tiles depicts a ritual sacrifice. In the center is a Gold Crow, symbolizing the Sun God. Emperors and nobles reverently bow, as women gracefully dance. Spirits soar above the grand assembly.

Holy Warehouse was used for storing tablets used for sun god worship, opposite which is Holy Kitchen used for depositing oblations in the Ming and the Qing dynasties.

Court Dress Palace is a rectangular compound, whose main hall faces south with three affiliated halls on each side. It was the place for emperors to change costume before offering sacrifices to the sun god. The pavilion rests in a rectangular courtyard and contains six halls. The adjacent lake mirrors the pagoda's festive red facade. An emperor would change his garments here.

With styles of South China gardens and North China landscapes combined as one, the Southwestern Scenic Area features a 4,700-square-meter lake, along which the winding pavilions and antique arch-bridges are scattered. It’s an ideal place for taking a walk.

Highlights of this area are a sun-dappled lake, embraced by forested mountains. The atmosphere is enchanting, created by leafy canopies, red gazebos, stone boats, and arching bridges.

At the highest point in the park,Qinghui Pavilion is considered the perfect perch to view a breathtaking Beijing sunset.

After walking down a winding path, you’ll find the 3,000-square-meter Yuxin Garden, which is very shady, owing to its sycamoreS of more than 40-years-old providing shadows for visitors on hot days.

Meandering through the garden is a pathway paying homage to a majestic sycamore. Other notable features are a tranquil pond, colorful flowers, fascinating rock formations, and 43 other ancient trees. The 1100-year-old cypress is a stately guardian. A section devoted to peonies sweetly perfumes the air.

A paved road lined with regal trees and comfortable benches weaves through the grounds, inviting restful reflection. Visitors can enjoy a variety of pastimes, including fishing, miniature golf, rock-climbing, and badminton. The park is a peaceful respite from the busy city of Beijing.

In addition to leisurely strolling the grounds, visitors can exercise at the yoga center and practice tai chi in the wide brick lanes. Children delight in kite-flying and the amusement park rides. Quaint restaurants and outdoor cafés serve a variety of ethnic cuisines. Annual events include a music festival and springtime flower show.

Facing west, Temple of the Sun was built in the 9th year (1530) of Emperor Jiajing’s reign in the Ming Dynasty, when it was a stone platform with a red glazed surface, symbolizing the Sun, however the stones were replaced by square bricks in the Qing Dynasty. A religious festival was held by ancient emperors at Temple of the Sun on the vernal equinox each year to worship the sun, at which all civil and military officials kowtowed to express their gratitude, and the ceremony was very grand and solemn.

Unfortunately, most ancient architectural buildings were destroyed and cultural relics were stolen in the temple before the foundation of the People’s Republic of China owing to unceasing wars and mismanagement. The Temple of the Sun was extended into a park by Beijing Municipal People's Government in 1951. 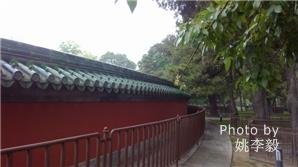 The shrine was built in 1530 as a sanctuary where emperors offered sacrifices to the sun, the God of Brightness. Annually at the vernal equinox, a religious festival was held. Military officials and commoners came, demonstrating their devotion. Unfortunately, many of the original buildings were destroyed in 1949. After extensive restoration, the grounds were opened to the public in 1956.

Admission to the park is free. The park is open daily from 6am to 9pm. Visitors preferring quiet enjoy the early morning hours when the park is used by practitioners of tai chi and yoga. Throughout the day, the grounds are favored by families, joggers, singers, and dancers.

The park is located southeast of Chaoyangmenwai Street, near the JianGuoMenWai embassy. It is accessible by public transportation.

See our Beijing tours. China Highlights can tailor-make a tour for you to explore Beijing’s attractions.

The famous attractions near Temple of the Sun Park include the Bird’s Nest, Beijing Happy Valley, Dongyue Temple, the Water Cube, 798 Art Zone and Ruins of the Yuan Dynasty. The blocks surrounding the park host two of Beijing's best markets, the Silk and Hongqiao Markets.