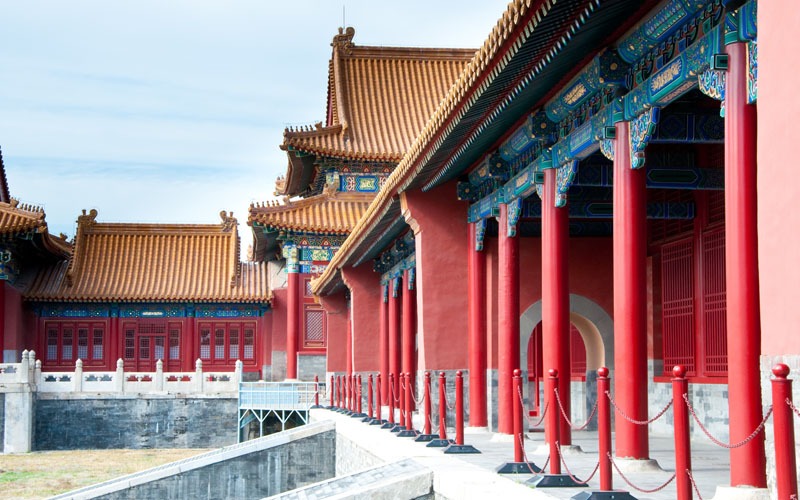 Why Was the Forbidden City Built?

The Forbidden City was built in Beijing on the orders of Zhu Di — Ming Dynasty Emperor Yongle (reigned 1402–24). Its purpose was to consolidate his imperial power and protect his own security. Read on to see the story behind it.

The “Forbidden City” in Nanjing

The palace was completed in 1368. With its completion, Zhu Yuanzhang ascended the throne and moved into the Nanjing Forbidden City, now known as the Ming Palace.

During the 30 years of Zhu's reign, the palace was maintained and expanded. After that, the palaces were damaged by wars and natural disasters. Now only its ruins remain in Nanjing.

Though Zhu Di succeeded in taking the throne, there were many ministers against him in the court. And during the civil war, Emperor Jianwen disappeared.  If Emperor Jianwen was not dead, Zhu Di’s throne would be threatened. Moving the capital was Zhu Di’s solution.

Beijing was Zhu Di’s fief. He had been living there since he was 11 years old. Zhu Di had also managed various military affairs and civil affairs in the north. Beijing had become his political base where his trusted followers were. Placing the capital within his sphere of influence helped to consolidate his throne.

Another reason was to guard China’s northern frontiers. When Zhu Di took the throne and moved to Nanjing, the guard in the north was weakened. The Mongols were constantly harassing the border defenses. Moving the capital to Beijing strengthened the north against Mongol attacks.

Since Beijing was chosen as the capital, a palace had to be built as Zhu Di’s residence. So, Zhu Di ordered the construction of Beijing’s Forbidden City, modeled after the “Forbidden City” in Nanjing, but on a grander scale.

The construction began in 1406 and was completed in 1420. In 1421, the New Year's celebration ceremony was held in the Hall of Fengtian (now known as Hall of Supreme Harmony).  This marked the official move of the capital to Beijing.