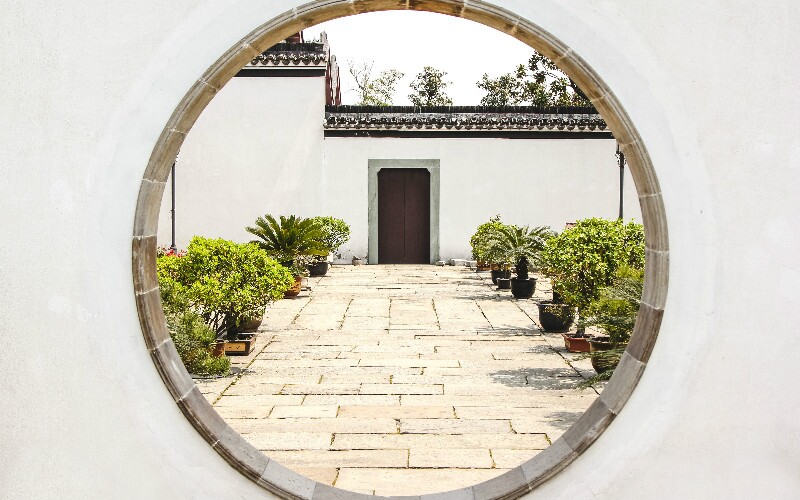 The History of Chinese Gardens

Chinese gardens are significant pieces of China's history. Garden designs have gone hand in hand with the philosophical trends of each era. Five thousand years of gardening has yielded some of the most amazing and beautiful paradigms of what a garden can be.

Several dynastic periods added a new way of looking at gardens since the concept was established as an important part of an emperor's or an official's residence.

There are examples of such outstanding achievements in various places in China, and all of them are worth a look. Five thousand years of experience in garden building is significant, and the Shang (1600–1046 BC) and Zhou (1045–256 BC) dynasties were the beginning of gardening as functional and visually appealing additions to the emperor's abode.

Gardens were designated as homes for animals used for hunting and for enclosing an outside plot of ground for the emperor. After the Han Dynasty (206 BC–220 AD), gardens were places for the emperor to rest and renew energy. Then, a garden was called a yuan (园 /ywen/). The imperial garden, Lin Yuan, added buildings and became a villa-like escape for the emperor.

The Lin Garden was embellished with little palaces, pavilions and rooms on little islands in a pond, and plants were added for beautification. This technique of garden development is attributed to the Qin (221–206 BC) and Han dynasties.

The contribution of the Sui (581–618) and Tang (618–907) dynasties to classical gardening was to bring facets of art and literature into the make up of the garden. Descriptions and paintings were meticulously copied to create gardens exactly like those seen or read about. The garden was then renamed "the garden imitating mountains and rivers."

Following in that vein, the Song (960–1279) and Yuan (1271–1368) dynasties took it a step further. Writers and artists took active roles in garden design. Rocks were situated in spots more suited to the gazing pleasure of the emperor.

Emperor Kangxi of the Ming Dynasty (1386–1644) and Emperor Qianlong of the Qing Dynasty (1644–1911) again brought focus to the building structures in the garden, but specifically to enhance appearance. Buildings were added solely to create pleasant or striking scenery. The royal garden evolved with time and changing tastes over the centuries and inspired gardens in other areas of China.

The Summer Palace Garden in Haidian District, northwest of central Beijing, is the best preserved imperial garden in the world. It is the largest of its kind still in existence in modern China.

The origins of the garden sprung from the need for cool breezes in the hot summer. The Imperial Family wanted to escape the heat of the walled Forbidden City, so airy pavilions were placed in the garden. The Dowager Empress, Cixi, made the Summer Palace her permanent residence for a period of time, generating stories of "extravagance and excess."

Chengde Mountain Resort, about a hundred miles northeast of Beijing, was constructed in 1703 and finished eighty-nine years later. Roughly 245 acres, it is twice the size of the Summer Palace Garden. It assimilates tradition with current practices to be unparalleled in garden lore.

The Humble Administrator's Garden from the Ming Dynasty was established in 1509, and is considered "the mother of Chinese gardens." It is one of the four most famous gardens in China. It has all the requisite garden qualities and boasts a pond with Mandarin ducks. This and ?are World Cultural Heritage sites as designated by UNESCO.

Lingering Garden, commissioned in 1593 by a government official, has been reconstructed several times due to updating and World War II, which left it in ruins. This garden and the Humble Administrator's Garden are both in Suzhou, about fifty miles west of Shanghai.

One other garden in Suzhou is the Garden of the Master of the Nets, or the Fisherman's Garden. It is typical of a garden associated with an official's residence during the Qing Dynasty. Lanterns are lit at night and there are musical performances nightly spring through fall.

A Ming Dynasty garden in Yangzhou, about fifty miles northeast of Nanjing, was rebuilt in 1818 with a focus on the rockery. Rocks denote the four seasons of the year, and stalagmites were added to the bamboo forest to represent spring. This garden is described as combining the "grandness of northern gardens with the elegance of southern gardens." The walk around the garden is a tour of the year, and the lotus pool in the summer section is awash with fragrance. It might be worth the trip just to experience that pool.

Our tours of China to these cities include these classical gardens. China Highlights is a well-established travel agency that has accommodated tens of thousands of tourists from all over the world. We endeavour to provide the best service possible for travelers. Custom tours can also be arranged to accommodate your wishes.