The Top 5 Mosques in Shanghai

As the most populous city in China, you will discover that Shanghai is home to many people of different ethnic backgrounds and religions. Today, Shanghai features spectacular mosques that have managed to preserve both their beauty and the Islamic religion. In this article you will find our top 5 picks in terms of beautiful architecture and where to pray in the futuristic city of Shanghai.

Songjiang Mosque, the oldest mosque in Shanghai is not a regular tourist attraction, rather an active and peaceful place of prayer with beautiful gardens. Here you can see an artistic mixture of Islamic and Chinese architecture, as well as Arabic columns and domes with influences from the Ming and Qing dynasties.

The main buildings consist of the main hall, a prayer area, a corridor, two teaching halls, and a bath house. The Bangke Gate Tower or the Minaret Tower rises above the complex and is salute to classical Arabic architecture. This place of worship showcases Ming Dynasty architectural style. There are also plaques that date from the reigns of four emperors:  Kang Xi, Jia Qing, Dao Guang, and Tong Zhi.


The Xiaotaoyuan Mosque is the largest mosque in the city of Shanghai and nearby areas. It was first built in 1917 and rebuilt in 1925.

Shanghai Xiaotaoyuan Mosque contains a spacious courtyard. To the west of the yard is a grand square prayer hall covering an area of 500 square meters. It is a three-story building that can hold 500 people during prayer. The second and third floors hold a library and a reading room that store different versions of Koran and Islamic cultural relics.

Since its inception, the mosque has been receiving and serving Muslims through its establishments of schools and orphanages.

The Shanghai Huxi Mosque is the first rebuilt mosque in Shanghai after the People's Republic of China. It demonstrates a strong Arabic Islamic architectural style both on the inside of the mosque, and the exterior grounds.

The new Huxi Mosque covers an area of 1,667 square meters. The prayer hall is a two-story building with double arches and a fan-shaped roof and connects to two porches. The teaching room, imam office, guesthouse, and bath house can be found in the building. There are fountains in the front and back of the yard. The design of the mosque is rather flexible and its atmosphere is quiet and elegant. 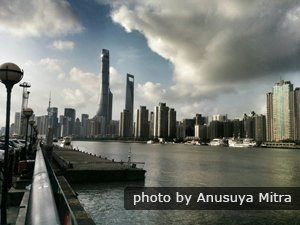 The Shanghai Pudong Mosque was first built in 1935, with the temple covering an area of 1,650 square meters.

The gate faces to the north and a spacious courtyard sits inside. To the west of the yard is the prayer hall, which can hold about 100 people during prayer. To the south of the hall are the imam room, the water house, and the office. This Xuanli building is 36 meters high, making it the highest tower in Shanghai.

Nearby you will find shops and vendors selling Islamic study materials and Halal food. This is also an ideal place for Halal restaurants in Shanghai.

The Fuyou Road Mosque was first built during the ninth year (1870) of Tongzhi during the Qing Dynasty (1644-1911). The mosque used to be the political, religious, and cultural center for Muslims. The main gate faces north, and upon entering one sees a rectangular courtyard. There is also a water house and a third-entrance prayer hall which reflects Chinese palace-style architecture. In the hall are different floral designs on the walls. The prayer hall holds many lectures. 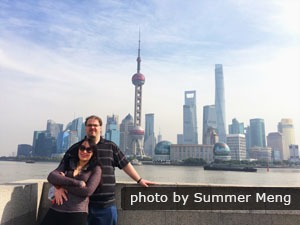 When it comes down to planning your trip to the bustling city, China Highlights is your travel expert. We can help you customize a trip to see the beautiful mosques in Shanghai or help you navigate the lively city.

Our well-designed tour plans cover the highlights of the Shanghai area in ways that experience and customer feedback shows are best. They can all be customized to your interests and travel style.

Just fill in a 4-minute Create-My-Trip form with your interests and requirements, and we will send you a quote and proposed itinerary within 24 hours.