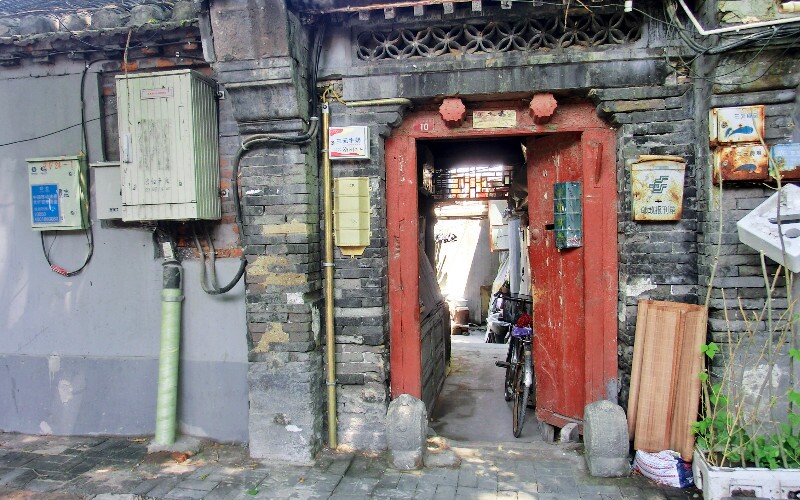 The number of hutongs in Beijing has fallen from the rambling 6,000 or so hutongs of the 1950s to several hundred remaining, and only a few hutongs are under preservation. Modernization and rising land values and incomes make tearing down the old, often ramshackle hutong buildings profitable and desirable. Wider roads and high rise is set to replace traditional architecture and ways of life.

The Hutongs Are Threatened by Rapid Development 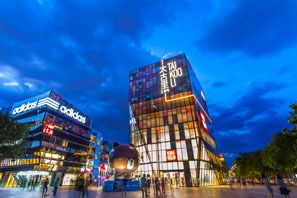 Many hutongs in Chaoyang were destroyed to build Sanlitun, a shopping and entertainment area.

Many people want to move out of their old dwellings into bigger and newer buildings, and the government wants to develop the transportation infrastructure to accommodate the millions of cars and a population growing at more than 2% per year. 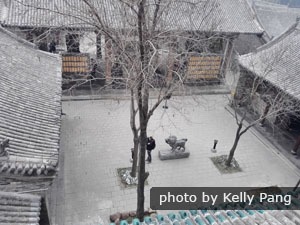 This is how a traditional siheyuan courtyard looks.

A recently published study (Beijing Siheyuan Zhi "北京四合院志") says there are only 923 complete courtyard houses called siheyuan remaining in Beijing's inner city and suburbs of the 3,000 that once existed in the 1980s.

High-rise apartment buildings, luxury properties, skyscrapers and highways have destroyed almost all the hutongs in Beijing.

The Need for Hutong Preservation

There is no unanimity about the need for redeveloping the hutong land. Many residents of the last hutongs would like to keep their dwellings. For some, their family's dwelling is a clan hallmark and even a shrine of  their clan handed down for generations. For others, it is simply that if they lose ownership, they lose neighbors, friends and a way of life that is dear to them. For some, it is a financial issue since if their property is redeveloped, they stand to loose a lot of money that they could make if they could retain it or sell it. Others stand to lose an advantageous location or business in the hutong.

Preservation of Tourist and Historic Hutongs

Some Beijing Hutongs have become shopping and tourist streets, and properties have been converted for commercial use such as trendy hutong cafes. These lanes and alleys preserve some of the original look of the lanes and the buildings, but the traditional Chinese way of life is gone. They've become tourist streets, and several such as Wudaoying Hutong rank in the top 100 of Beijing's most popular tourist highlights.

Other hutongs are getting government protection because they were historically important or because the buildings on them are deemed to be important. Guozijian (the imperial academy), for example, has several of Beijing's oldest buildings, and Xijiaominxiang has old monumental construction.

Preservation of the Residential Hutongs 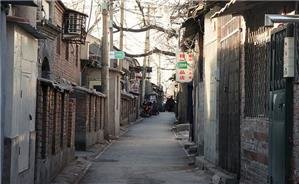 Many hutongs however remain simple residential areas for the less affluent Chinese and workers in Beijing. These are not touristy, and it's these off the beaten tourist path places where tourists can see the daily way of life of the common people.

Some young people and professionals actually prefer these hutongs since they are less expensive and life continues in a personable way lost in the apartment high-rises: people still talk in the streets and they can get to know the local shop venders and their neighbors. It is a far cry from the impersonal anonymity of the highrise complexes where they may never talk to or even learn the names of their immediate neighbors.

Where to Go to Learn about Hutongs and Their Preservation

Accurate information about hutong preservation is hard to come by, but to learn more about hutongs, other than visiting them, you can go to the Shijia Hutong Museum. You can see many pictures along with relics showing what life was like in the past. The Beijing Hutong Zhang Folk Art Museum is another option.

To learn about Beijing's urban planning and future projects, you can go to The Beijing Planning Exhibition Hall that is conveniently right in the center of Beijing near the Forbidden City. It is like a museum and has an extraordinarily detailed scale model of the city that projects what Beijing will look like in the year 2020. 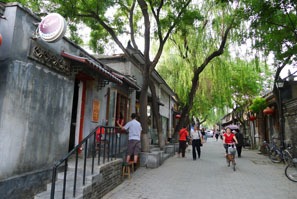 The Nanluogu Hutong is one of the better preserved popular tourist hutongs.

You'll find authentic local restaurants selling hutong chow to the neighbors as they have for decades; these local diners are a far cry from the recommended popular hutong restaurants that tourists usually dine in. These are places where you can chat with the residents and the local restaurant owners and find out for yourself about hutong preservation in their area.

To help you have an idea what a hutong walking tour, might look like we've prepared these two itinerariess:

Visiting Beijing's Hutongs with Us Visiting the hutongs by bike is one of the many options we offer.

Whether you want to just take a peek or stay longer and immerse yourself in hutong culture, our expert guides can help you explore Beijing's hutongs in the way that best suits you.

We can take you to hutong residences and help you meet and communicate with the people. See some of our popular itineraries that include the hutongs for inspiration...

Or let us know your requirements, and we will tailor-make your Beijing/China tour.