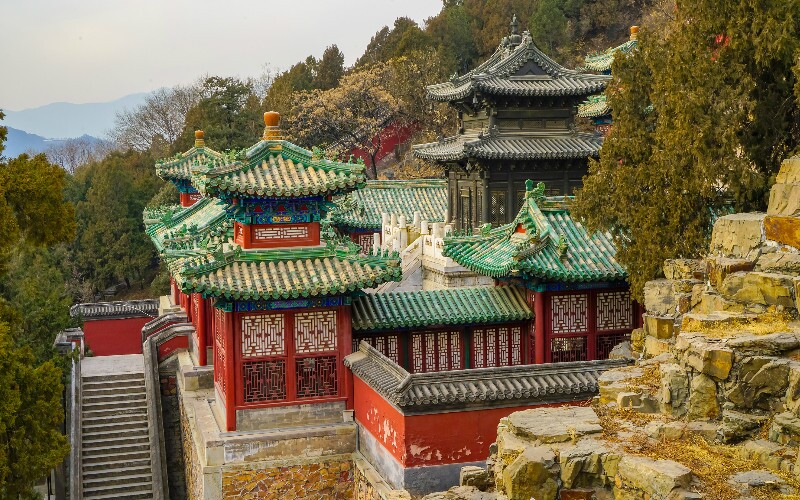 The Top 5 Things You Can Only Do in Beijing

An escape to Beijing is so abundant with exotic highlights that it rivals the Parisian gem, the Eiffel Tower, the Egyptian pyramids and New York’s Lady Liberty in just one visit. Because of its boundless history and the city’s expansive legroom Beijing’s "killer apps" are endless as well. Here we will delve into the top five.

Beijing’s history spans centuries and distances. Visitors, though unable be traverse time, can be taken the distance in a rickshaw of the late Qing Dynasty through the Ming Tombs or hutongs. Only in Beijing can visitors traverse through the Qing Dynasty, hang a right at the Tang Dynasty and enjoy the natural scenery in-between all from the comfort of a cozy Mao era sidecar.

On occasion matching the historical locale with the equivalent mode of transit indulges visitors in an experience that spans the city’s space and time.

Soar Above The Wall

The Great Wall is a vast structure that stretches China’s northern borders, and a world wonder.Without a doubt a must-see for any visitor to China. But only in Beijing can visitors take in such a variety of Great Wall sections: Badaling, Gubeikou, Mutianyu, Simatai, or countless other Beijing-exclusive sections of the wall.

Hike over the curve of the wall’s body and towers, navigate the wall as it slithers a path through forestry, snow topped peaks and valleys. Witness three centuries of construction unfold over the backdrop of Beijing’s unique landscape and scenery.

Visitors often overlook the majesty of the 2008 Chinese Olympics.The government and citizens viewed this as China’s coming out party and the festivities are still on display. The Herzog and de Meuron designed Bird’s Nest gleams like a gem amid the ultra modern Olympic Village. Traditional architectures clash and collage with contemporary designs.

Along with the massive ocean blue Water Cube, a lake haloing the stadium and countless other photo opportunities, our tour allows tourists to relive the past glory.

The Forbidden City, Summer Palace and Yuanmingyuan Park, were once the exclusive VIP hot spots for the emperor, the preferred elite and the emperor’s most valued concubines only. Foreigner explorers were not allowed to stand on the ground, only kneel. The very ground of the ancient capital and empire in all its grandiose splendor now welcomes visitors.

Exclusive to the capital, these ancient wonders of the royalty and affluent offer a glance back as well as a step forward into the understanding of Chinese culture.

The migration of Buddhist ideas, the origins of Taoism and the influence of Confucianism all merge in Beijing. With The Lama Temple, The Temple of Heaven, and White Cloud Monastery, three world-renowned temples all located in the capital, Beijing serves food for the soul.

Only in the capital can tourists take a breather and experience the sensations and reverence of these Beijing-exclusive temples.

Runner Up: Study the Universities

Beijing is home to nearly half of the top-ranked Universities in the country. Tsinghua (#1) and Peking University (#2) are among some of the highest ranked and most historically daunting schools in the world. Only in Beijing can the unique culture and rare insight into the Orient’s educational fervor be witnessed.

The origins of many Chinese cuisines can be traced back the capital. In Beijing the succulent tastes leave visitors looking forward to the luncheons and dinners just as much as they do the tours.

Enter Quanjuede, the Beijing original, now international restaurant and try the national cuisine: Beijing Duck, with friends and family. Nothing beats the local, native, and original flavor of this centuries-old icon of taste.

No matter what corner of the globe one searches these exclusive Beijing sights and locales are ONLY in the capital. China Highlights has got Beijing covered, with tours offering exotic experiences and exclusive methods of exploring the orient's most vivacious city.