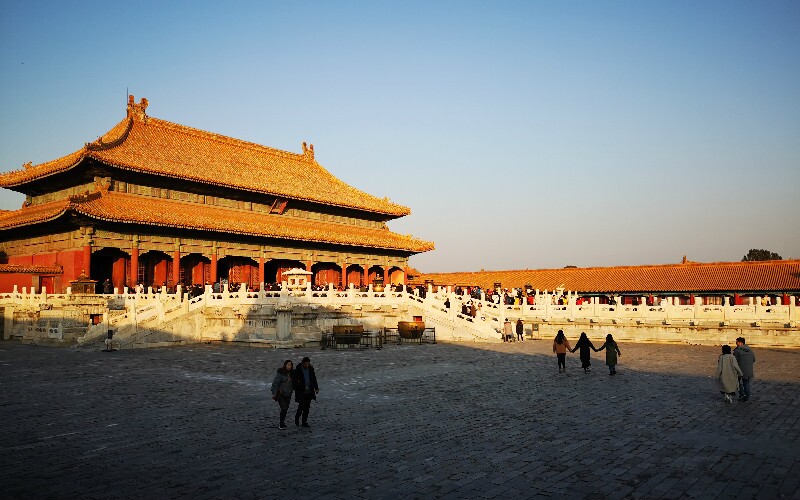 Beijing is one of the most developed cities in China and has a great wealth of history, culture, and art to see. The museums in Beijing instruct about the accomplishments of Chinese civilization and important events in history.

Visitors from all over the world can learn much in them while spending some hours examining ancient treasures and artifacts. Here are the best 10 museums in Beijing.

1. The Palace Museum (the Forbidden City)

By far the most popular museum in Beijing is the Palace Museum. It is also known as the Forbidden City. The former residence of imperial clans occupies the center of Beijing north of Tian'anmen Square.

It was built in the Ming Dynasty era (1368–1644) and is the world's largest and best-preserved palace complex. It was added to the list of World Cultural Heritage Sites by UNESCO in 1987. The Palace Museum is one of the must-visit attractions in Beijing along with the Great Wall.

Numerous rare treasures and curiosities of Chinese ancient imperial families with great historical value are housed in the Palace Museum. Not only are these national treasures precious, but the buildings of the Palace Museum are also highlights. Golden glazed roofs, together with the red walls and splendid Chinese old-style royal decorations, are architectural wonders.

2. National Museum - The Third Most Visited in the World

The National Museum is close to the Forbidden City, and in all the world, it is the third most visited museum. But with so many other interesting places in Beijing to go to, foreign tourists often miss this premier national museum on the eastern side of Tiananmen. But it is still the second most visited museum in the city by foreigners.

The ancient antiques exhibit is among the best in the country, but the museum mainly emphasizes history. The museum is unusually huge for Chinese museums, and many tourists find that they can spend two hours in just one of several big halls.

The grand scenery all around Tiananmen is worth a look around. Entry to the National Museum is free for foreign tourists.

3. The Antiquarium of the Palace Museum (in the Forbidden City)

This museum is inside the Forbidden City, but entry requires a separate ticket even if you already have a ticket for the Forbidden City. It contains treasures and antiques from the Qing Dynasty in glass displays. So you can see some of the antiques up close.

There is a famous screen called Nine Dragon Screen, and there are many jewelry pieces in glass cases. There are also a lot of imperial household items such as furniture. Most tourists say it is worth the time and the 10 RMB (less than 2 USD) ticket price when visiting the Forbidden City.

This aviation museum is huge and is appreciated by tourists interested in aviation, past wars, and weapons. It occupies an old air force base with a huge hanger 600 meters long and 40 meters wide and other rooms carved into the side of a mountain to make the base hardened against attack.

Tourists appreciate the size of the exhibits spread around the base. There is a range of equipment ranging from WWII era planes to modern Chinese air force planes and rockets. Most of the equipment is of Chinese or Russian make.

Initially opened to the public in 2006 in the building, the Beijing Capital Museum accommodates a large collection of precious Chinese historic and cultural relics, and it has high tech presentations. It is one of the favorites of tourists mainly for the size of the building and the collection of antiques and ancient treasures.

It is a huge building that is divided into five floors above ground and two floors underground with an area of 63,390 square meters. The grand building, various exhibitions, and advanced service make it one of the best museums in Beijing.

It is famed for the bronzes, porcelain from many eras, calligraphy works, and Buddhist statues. Most of the collections were unearthed after the founding of the People's Republic of China, and some date back to the New Stone Age. The Stele of Emperor Qian Long is one of the treasures in the museum.

The National Art Museum of China is dedicated to the collection, research, and exhibition of modern and contemporary artistic works in China. It covers an area of over 18,000 square meters, and it is divided into five floors. More than 100,000 pieces are housed in this large museum.

A collection of masterpieces by famous Chinese artists and award-winning works from the Ming Dynasty, the Qing Dynasty, and the early Republic of China era are the treasures of this museum. Apart from the domestic pieces, plenty of foreign artistic works are popular in this museum.

Hundreds of influential exhibitions of renowned artists from home and abroad have been held in the past decades.

China Railway Museum is a national museum covering railways in China with plenty of historic and cultural relics collected and exhibited. It is an important site for railway heritage protection and railway construction and technology exhibition. China's earliest steam engine, foreign locomotives, and gas engine and electric engine locomotives are displayed in a 16,500-square-meter area.

China National Film Museum is the largest museum in China with the main purpose of showing the history and culture of Chinese cinema and holding exhibitions of film technology.

A collection of advanced multifunctional halls including over 20 exhibition halls, one IMAX cinema, and two digital projection cinemas offer a complete experience of contemporary cinema culture.

China Science and Technology Museum is the national museum of science and technology where permanent and short-term exhibitions are presented.

This museum was set up to give access to scientific and technological knowledge and to promote the development of science and technology. Of the three exhibition halls in the museum, the one introducing ancient Chinese technology is perhaps the most interesting for kids.

The Beijing Museum of Natural History was the first comprehensive museum of natural science in China when it opened to the public in 1959. It mainly focuses on scientific research and science popularization on some themes such as zoology and botany.

Hundreds of large ancient mammal fossils, as well as plenty of well-preserved artifacts, are housed in this museum. Permanent and temporary exhibitions are held in the museum throughout the year.

Exhibit in the Beijing Museum of Natural History

Want a trip to visit museums in Beijing? China Highlights specializes in making tours of China for individual interests. Contact us for a tailor-made tour of Beijing including visiting Beijing's museums.

You can also check out our popular Beijing tours that can be customized to include museum visits.