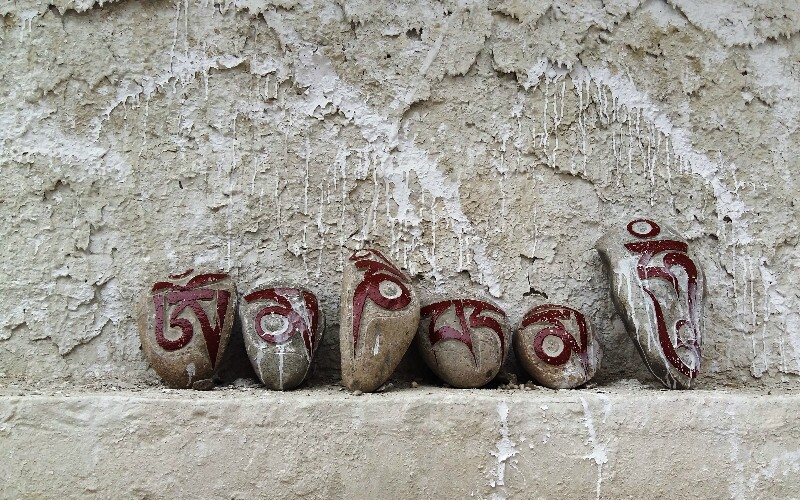 Tibet Facts — 8 Things You Should Know About Tibet

Known as the Tibet Autonomous Region (西藏自治区 Xizang Zizhiqu), Tibet is a land of lofty heights and religious significance. At the top of the world, Tibet offers a unique perspective for all who travel within its borders.

Learn more about the culture, region, history, and attractions of one of China's greatest kept secrets.

Breathtaking mountains and valleys: Tibet is home to the highest peak in the world, Mt. Everest, as well as the natural beauty of its many secluded valleys.

The geography and climate are dynamic and rugged, inspiring its people to new heights and lending a hardiness to the culture.

Ancient Buddhist Temples and Monasteries: Buddhism has its roots planted firmly in the Tibetan soil. Many holy sites and religious masterpieces of art and culture can be observed as they have been for centuries.

Tibetan monks performing ancient rituals open their doors to the world in this welcoming region.

2. The most popular attractions include palaces, temples, and the world's tallest peaks.

3. Tibet has a unique cultural cuisine.

The diet of the people of Tibet is largely affected by the arid climate and high elevation. The large rice and fish-based diets of those living in southern China, for example, vary widely from the more austere diet of the Tibetan people.

Common dishes often include products unique to the region and are often made from the Tibetan yak, which is considered an important cornerstone of Tibetan cuisine.

Food items such as yogurt and butter are more popular with Tibetan people than with the traditional mainland Chinese diets.

4. Tibet is often called the "Roof of the World"

Tibet is located on the Tibetan Plateau, which is the highest region on earth. The elevation is an average of 4,500 m (14,763 ft), which can cause some travelers used to lower elevations to experience altitude sickness.

Many tour companies (including China Highlights) will offer tourists small oxygen tanks upon arrival in order to ease the transition process.

It is important to understand how the thin air will influence your body and to plan your travel outings accordingly.

If you worry that the elevation may affect you more strongly, it is cautioned to not overexert yourself in planning too many excursions too quickly. Taking time to adjust to the climate and elevation will ensure that the majority of your trip is spent in comfort.

Interested in walking on the roof of the world? Read Trekking to the Everest Base Camp

5. Many festivals are unique to the region.

Because of its strongly Buddhist culture, Tibet offers unique festivals that you will not see being celebrated in the rest of China. In the city of Lhasa, there are annual festivals that draw sizable crowds and are growing each year.

The Tibetan New Year and the Shoton Festival, when a giant Buddha painting is unfurled, are the most well-known and highly anticipated festivals in Lhasa.

Other minor festivals in Tibet are associated with the monasteries or based on local traditions and customs. Lhasa is at the heart of Tibetan identity and culture.

A tour of Lhasa, especially during a festival period, is an ideal way to see Tibet at its best.

6. Travelers in Tibet must have a permit.

To travel in Tibet, you must have an experienced guide and a travel permit. This is due to the unique political situation surrounding Chinese and Tibetan relations.

Applying for a permit and finding a guide may sound intimidating, but choosing an experienced travel company will take the headache out of planning your trip to one of the world's most interesting landscapes.

Our tours provide group or individual options to allow you to explore the culture of Tibet from your desired viewpoint.

One of the most popular attractions in Tibet is the many temples and monasteries. Tourists pass through these buildings and areas frequently, creating the need for temple tourism guidelines to preserve the cultural significance of the sites.

Things like smoking, eating, or distracting behavior are prohibited.

There are also specific dress codes that should be followed in respect of the holy nature of the sites. Shorts and open shoulder tops are discouraged.

Likewise, many temples prohibit visitors from taking photographs of the Buddha statues located at important sites.

Occasionally, travelers may be able to pay a special fee in order to photograph the Buddhas, but often it is better to simply buy a print or postcard of the image.

>> Read more on Things Not to Do When Visiting Tibet

8. Tibet's transport options are limited and in high demand.

Featuring one airport and one popular train line that links Lhasa with the rest of China, the options for traveling to Tibet are more limited than lowland areas.

Most travelers prefer to fly from locations throughout China or internationally into Tibet directly.

However, many visitors opt to enter/exit Tibet via the Tibetan Railway to China in order to view the majestic plateau views along the railway up close and personal.

The Tibetan Railway is a world record-holding feat of Chinese engineering and the views are worth the price of admission.

Whatever combination you choose, the planes/trains into and out of Tibet sell out quickly, especially in peak times (in summer), so book early.

Plan Your Trip to Tibet

We have more popular Tibet tours, or we could help you to customized a Tibet tour according to your interests and requirements.