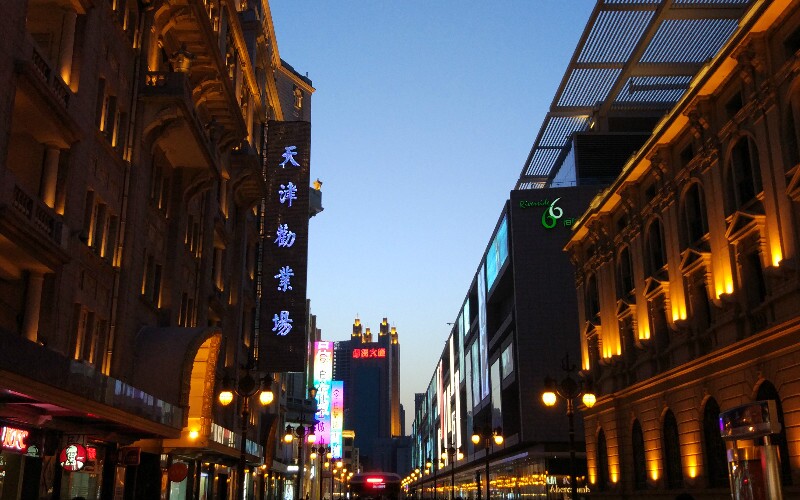 Beijing is the best gateway to understanding China. History and culture are the main themes when touring Beijing. There is an unparalleled richness of iconic Chinese architecture in Beijing, such as the Great Wall, the Forbidden City, and the Summer Palace. It is worth staying there for 3 or 4 days at least.

However, if you only have limited time and are wondering how to experience Beijing in an efficient way, or you want to discover the areas around Beijing with a quick excursion, this article will help you see what’s possible.

1. A Day Trip from Beijing to the Great Wall A day trip from Beijing to the Great Wall is the best choice for people who have limited time in Beijing or layovers.

The most recommended section of the Great Wall to visit is Mutianyu. The Great Wall at Mutianyu is 1½ hours’ drive from Beijing.

Mutianyu is the longest fully restored Great Wall section open to tourists. It is less crowded than the Great Wall at Badaling and is popular with foreign tourists. At Mutianyu, a chairlift, cable car, and toboggan are available, and children can easily ascend the wall with these. You can walk at your own pace to appreciate the beautiful scenery and take photos. If you want a more in-depth tour at the Great Wall and want to see an original section, you should have a Great Wall hiking tour. Step over the centuries-old bricks, walk through watchtower ruins, and take photos of the fabulous mountain scenery.

We recommend starting your hike at the Jinshanling section of the Great Wall. The Great Wall at Jinshanling is an unrepaired and quite well-preserved section. It is 2½ hours’ drive from Beijing. The hiking time on the wall takes 3 hours.

There will be no crowds around you, so you can get the most out of China's legendary landmark as you tread across the wall's centuries-old stone steps or walk through the ruins of an ancient watchtower. You can imagine what it would have been like in its original glory.

3. A Day Trip from Beijing to the Terracotta Army The Terracotta Army is one of the most famous attractions in China. The Terracotta Army was constructed to accompany the tomb of China's first emperor to guard him in the afterlife. There are thousands of detailed life-size terracotta statues of soldiers, representing the troops who guarded the first emperor - Qin Shi Huang. They were molded in sections, fired, then assembled and painted. At least 2 hours’ visiting time is needed.

You can book a private tour to make full use of your time. When you arrive in Xi’an, your guide will pick you up and escort you directly to the Terracotta Army. After the tour, you will be driven back to the airport.

4. A Day Trip from Beijing to Tianjin The Eye of Tianjin

Tianjin, along with Beijing, Shanghai, and Chongqing, is one of China's four municipalities. It is 120 kilometers from Beijing (25 minutes by bullet train).

In Tianjin, you can go to the Great Wall at Huangya Pass. It is less touristy compared with the huge crowds in Beijing. There are zigzag lanes with many T-junctions so it is hard to find a way out and it is fun to experience.

Alternatively, you can enjoy a 360-degree view of Tianjin from the Eye of Tianjin - Tianjin Yongle Ferris Wheel. Take a 30-minute ride on the attraction, which is located in the center of the river. It is the only Ferris wheel in the world that is built on a bridge.

Find more interesting things to do in Tianjin.

5. A Day Trip from Beijing to Shanghai Beijing and Shanghai are the two cities that are most familiar to foreign tourists. Compared to Beijing’s rich cultural and historical atmosphere, Shanghai has a modern and fashionable ambience.

Pay a visit to the Bund to appreciate the Chinese and Western styles of architecture, which reveal Shanghai’s golden past. Take a Huangpu River cruise to admire the towering modern skyscrapers predicting its bright future. You can also go to Yu Garden, which is another symbol of Shanghai, to see the classical Chinese beauty and the difference between Western and Chinese gardens.

If you have one day for city sightseeing in Beijing, you can visit the following attractions. They are popular places with foreign tourists and helpful to learn about Chinese history and culture. It is a large resort area made to look like a Qing Dynasty-era (1644–1912) town close to the Great Wall at Simatai. The buildings have been built in the traditional Chinese courtyard style.

There are many things to do: Chengde Summer Mountain Resort is in Hebei Province, located 3 hours’ drive from Beijing. It is one of the four famous summer resorts in China.

It contains emperors' residential buildings, royal gardens, and some magnificent temples. You can appreciate the beauty of Chinese classical gardens and architectural styles. It is the largest surviving royal garden in China, occupying an area of 564,000 square meters, being even bigger than the Summer Palace in Beijing.

9. The Eastern Royal Tombs of the Qing Dynasty

The Eastern Royal Tombs of the Qing Dynasty are located in the city of Tangshan, Hebei Province. The site is 125 kilometers west of Beijing and covers an area of 80 square kilometers. It is the largest existing imperial mausoleum complex with the most appropriate layout in China.

Construction of the Eastern Royal Tombs of the Qing Dynasty began in 1661 and lasted for 247 years. Five emperors, 15 queens, 136 concubines, three princes, and two princesses were buried there. The mausoleums of Emperor Kangxi, Emperor Qianlong, and Empress Dowager Cixi can be found there.

The layout and design of the mausoleums in the Qing Dynasty had to follow specific rules. You can learn about the rules during your visit there.

Qinglongxia (Green Dragon Gorge) Scenic Resort is located in Huairou, being 65 kilometers from Beijing. It is a good place for people to escape the hustle and bustle of the city, enjoy a quiet atmosphere, and return to nature.

You can take a boat trip to appreciate the beautiful scenery alongside the river. You can go swimming, play football or volleyball, or sunbathe on the beach in summer. There are also some exciting activities, such as bungee jumping, rock climbing, and downhill racing. Fragrant Hills is in the suburb of northeastern Beijing. It is about 20 kilometers from the city center. It features a beautiful landscape, especially the maple leaves.

The best time to visit is in mid-October because the maple leaves begin to fall at that time, which makes you feel like you are walking in a sea of red. You can also join in the Fragrant Hills Red Leaves Festival, which is held in mid-October each year. Apart from the beautiful scenery, you can appreciate imperial architecture and visit temples and memorials. Tanzhe Temple is located in the southeast of Mentougou District, which is to the west of Beijing. It is about a 2-hour drive and is 30 kilometers away from the downtown part of the city.

It was the first temple to be built after the introduction of Buddhism to Beijing. There is a proverb stating that "Tanzhe Temple came into being first, and then came Beijing City".

You can watch local people praying and worshiping Buddha, wander around to see the ancient ginkgo and magnolia trees, and appreciate the temple’s architectural style.

13. The Peking Man Site at Zhoukoudian Zhoukoudian is located in the southwest of Beijing, 46 kilometers away from the downtown area. It was the natural habitat of human ancestors. Since 1921, eight ancient human sites have been discovered, 27 areas with a high concentration of fossils have been excavated, and 118 animal fossils and more than 100,000 stone tools have been unearthed. Located at the foot of Tianshou Mountain in Changping District, the Ming Tombs cover an area of 120 square kilometers, being 50 kilometers away from Tian'anmen Square.

It is where 13 out of the 16 emperors of the Ming Dynasty were buried, together with their wives and concubines, including the founder of the dynasty - Zhu Yuanzhang.

You can have an insight into imperial Ming Dynasty life, including seeing stone thrones, huge human and animal sculptures, and other evidence of Chinese culture and traditions when visiting the Ming Tombs.

Nanshan Ski Resort is in Miyun County, which is 78 kilometers away from Beijing. It is the largest ski resort in northern China. You can experience all four seasons at the resort: skiing in winter, hiking in spring, playing in the water in summer, and joining in with the harvest in autumn.

Explore Beijing with Us Our guide is showing customers around the local market.

Want to have a unique and hassle-free Beijing tour? Just tell us your interests and needs using our Create My Trip service - we are happy to tailor-make a unique tour for you. See our most popular Beijing tours as another possible starting point: