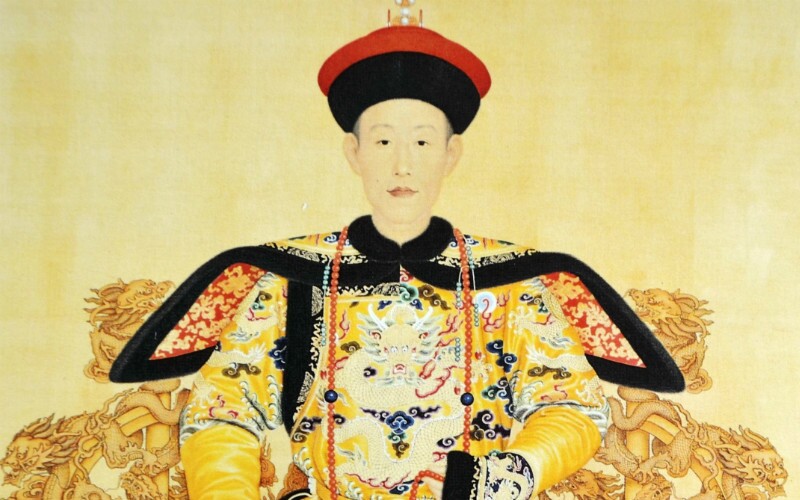 The Manchu Minority in China

The Manchus of cold northeast China played a prominent role in China's history. They ruled China for 230 years until modern times under the Qing Dynasty (1644–1911), and before that they ruled in the Jin Empire (1115–1234).

They are known for heated beds called kangs, qipaos, and queue hairstyles. Tourists enjoy visits to the Forbidden City and other royal Qing palaces.

The Manchu give their name to their homeland: Manchuria.

Where the Manchus Live in China

With a population of more than 10 million, the Manchu ethnic minority group is primarily in northeastern China. Half of the total Manchus live in Liaoning Province, and most of the rest are divided between Hebei, Heilongjiang and Jilin provinces. They live in other provinces as well. About 400,000 live in Inner Mongolia. They are the largest minority ethnic group in Beijing where about 350,000 live.

Over time, the Manchu bloodline has gradually been watered down through intermarriage with China's majority Han people, so unlike many other ethnic groups in China, few can still speak the language and fewer still can read the Manchu writings.

Manchu's are known in history for uniting with Mongolians and many Han people to create one of the world's largest empires. They were experts at maintaining control over the population of their empire.

Shenyang Imperial Palace. Nurhaci conquered Shenyang and made it his capital.

The ancestors of the Manchus were agricultural people more than 2,000 years ago. They were a part of the Nuzhen tribe. It is known that though they were agriculturalists and raised animals, they were excellent at fighting on horseback, hunting, and good at archery. This tribe invaded the central plains of northern China including Beijing and created the Jin Dynasty that existed from 1115 to 1234 AD. At this time, they were called Jurchens.

Then the Mongols invaded their empire, and they became a part of the Mongol-led Yuan Empire (1279–1368). Then the Mongols and the Jurchens were driven north of the Great Wall by the Han Chinese of the Ming Dynasty (1368–1644).

The Forbidden City was the imperial palace of the Manchu Qing Dynasty.

The Manchus emerged as a people when a Jurchen tribal ruler named Nurhaci started to conquer other Jurchen tribes in 1582. They conquered much Mongol territory, and absorbed their troops. He utilized the manpower and knowledge of the people he conquered, and instead of totally subjugating, killing, or driving out the Han people and others he conquered, he often let them keep leadership in their areas.

His policy became the policy of his empire after him, and this encouraged many Han leaders to ally with the Manchus and become a part of their empire.

In 1625, Nurhaci conquered the large Ming city of Shenyang and made it the Manchurian capital. The Ming cities gave his empire a greater base of population. You can still see the early Manchu rulers' Shenyang Imperial Palace today.

The Qing Imperial Age and Afterwards

Heavily guarded Shanhai Pass had kept out Mongol and Jurchen invaders for centuries until 1644.

Then the Manchus conquered the rest of the Ming Empire. The Qing Empire (1644 – 1911) quickly grew and became prosperous. After 1644, the population grew quickly to about 300 million. Though the Manchu regime tried to keep the Manchu people from losing their culture and language, when the Qing Empire disintegrated around the turn of the 1900s, the Manchus lost their culture so that now perhaps only a few hundred people still speak the Manchu language. In 1895, the Japanese made Liaoning and Korea part of their empire.

The winters are harsh in northwest China. So for this reason, the Manchus like to store and eat lots of pickled vegetables. In this way, their cuisine is like Korean food. Unlike the Koreans and most Han people though, the Manchus prefer wheat instead of rice.

If you go to Manchu areas, you might enjoy a Manchurian hotpot. The primary ingredients are mutton, pork, and pickles. Other traditional Manchu staple foods include millet, soybeans, peas, and corn. Manchus like to grill meat too, use a lot of soy sauce, and make food with strong flavours.

Traditional Manchu houses are built in three quarters with the middle house serving as the kitchen. The two wings of the so-called “pocket house” are filled with bedrooms and living room areas.

Within the walls of the pocket house are brick beds that were heated during the cold months of winter. These are raised platforms called kangs. Kangs were placed on the west, south and north walls leaving the southeast facing doors empty.

This focus on directions is apparent in how the rest of a house is traditionally laid out. Elderly family members slept on the south kang, and younger relatives slept in the northern kang. On the west side of the house, an alter was traditionally set up for ancestor worship.

The preferred traditional outfit of the Manchu ethnic group is the qipao. This outfit features a round collar and an open front. Large openings on either side of the hem were traditionally decorated with ornaments like buckles and belts.

Women, in particular, would spend time embroidering their robes and ornamenting it. Long robes and baggy sleeves added an air of grace and enhanced their natural slenderness while shoes were high heeled to add to their height.

Preference for silk clothes: An effect of close contact with Han people and of ruling the Qing Empire is that Mongolian people like to wear silk qipaos for special occasions.

Traditionally, as recently as about 100 years ago, the Manchu men wore pigtails, but they shaved the front of their heads as in the picture. They thought this hairstyle made movement easier when in the field or on horseback. During the Qing Dynasty, their hairstyles developed over time. They imposed this hairstyle on the Han people.

In daily life, women often wore head gear when they paid social calls. The frames were made of iron wire or bamboo and covered with attractive materials like velvet or satin. Creating a fan shape, the head gear would span about 30 centimeters (12 inches) long and 10 centimeters (4 inches) wide. The “hat” would be decorated with artificial flowers, embroidery, and tassels to create a more attractive design.

In traditional Manchu society, elders had the priority. Ancestors and the elders of the village were accorded a high level of respect, and during festivals, the people would have ancestor worship ceremonies.

Bowing and greeting: Men would extend their left hand to the knee while keeping the right hand at their side while they bowed for their elders. Women in the culture curtsey and keep both of their hands on their knees. Among close friends and family, they would generally greet each other with a warm hug or embrace.

Excelling in horsemanship and archery, the Manchus were able to master the forest and mountains around them. They taught their children how to hunt with wooden bows from a young age. As they reached the teenage years, both girls and boys would be taught to ride horses. One popular diversion was to attempt to jump onto a running horse.

One of the few taboos in Manchu culture involves dogs. Dogs hold a special role in the life of the people so injuring or killing a dog is forbidden. Speaking ill of a dog or chasing it in front of your host comes across as an insult. Eating dogs is also forbidden.

Another taboo has to deal with the west. They think this direction is superior, so lower members of society cannot sit on the west kang (heated platform in a house). Young people and commoners were especially bound by this taboo.

Singing at the Banjin Festival

On the 13th day of the tenth month in the Chinese calendar, some Manchu people celebrate the Banjin Festival. This festival commemorates the day in 1635 when Emperor Huangtaiji announced the name of the Manchu who would replace Nuzhen. The Manchu people feel that this naming day was the birth of the Manchu. During the Banjin Festival, people dress up in traditional costumes and spend the day singing and dancing to celebrate.

Touring the Summer Palace with us.

We could for example extend our popular 4-Day Beijing itinerary (or any other private tour) to go to Liaoning or other cities in Manchu areas.

We have many other Beijing tours available to suit a variety of interests, time frames, and budgets. If you can't see exactly what you want, you can customize a tour or use our tailor-made service.

Our tours are typically custom-made — tell us your interests and requirements, and we will help you to tailor-make a Manchu ethnic people tour. Inquiries are free and receive a response within 24 hours.