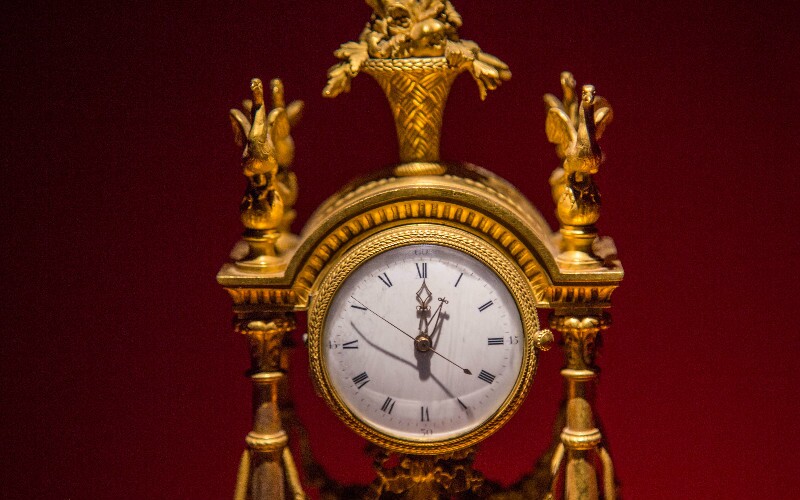 The Top 10 Treasures in the Forbidden City

The Forbidden City in Beijing

The Forbidden City, also called the Palace Museum, houses over a million unique and priceless artifacts from throughout China's long and rich history, including paintings, pottery, calligraphy, bronzeware, and court documents. It is China’s No. 1 treasure house.

Each piece tells its own story and has its own striking character. Below we bring you the top 10 treasures that you must see when you visit the Forbidden City.

Considered to be the greatest treasure of the imperial palace for its craftsmanship and Emperor's specifications, this wine cup was made as a present for Emperor Qianlong's 30th birthday (September 25, 1741).

Finely decorated and intricately marked, this gold cup has a straight mouthed rim with a band of rectangular spiral patterns around it. The exquisite cup is made of valuable materials typical of the imperial household, such as gold, pearls and jewels.

This golden cup has always been considered a precious treasure and was handed down from generation to generation within the imperial family.

Usage: As its name implies, the gold cup reflects the emperor’s desire to maintain Qing power firmly and eternally. It was made especially for use by emperors of the Qing Dynasty, who would use it in the first writing ceremony on the first day of a new year.

2. The "Made by Zhang Cheng" Lacquerware Plate

The "Made by Zhang Cheng" Lacquer Plate is the most outstanding carved lacquerware masterpiece in the Palace Museum.

Zhang Cheng was the great master of carved lacquerware in the Yuan Dynasty. His representative pieces are considered to be the best and most precious of lacquerwares.

Both sides of the plate are painted with thick black lacquer and are ornately engraved with smooth and clear clouds, making it bright and shiny. This unique and intricate piece stands as a testament to Yuan Dynasty artisans.

3. The Jade Cloud and Dragon Burner

Made during the Song Dynasty, this green jade incense burner is the most famous jadeware masterpiece in the entire Palace Museum. This beautifully decorated burner is carved to depict floating dragons, swirling clouds, and oceanic waves.

At the bottom of the piece is a poem written by Emperor Qianlong (1711 – 1799), one of the most revered emperors in Chinese history.

This elaborately decorated cloisonné enamel incense burner, made during the Yuan Dynasty, is one of the most highly regarded pieces of the court collection.

The burner has a circular and bulging gold body, two gold handles in the shape of upraised elephant trunks, and a brass ring footing.

The enamel coating is shiny and smooth, with some areas being as transparent as glass. The colours of the enamel are harmoniously matched to give the burner an elegant and classical style. The distinguished inlaid enamel work is characteristic of Yuan Dynasty pieces.

“Qingming Festival Riverside Scene” is well known in China. It is one of the most famous classical Chinese paintings painted by one of the greatest medieval Chinese painters, Zhang Zeduan, an imperially-assigned painter in the Song Dynasty.

This ancient painting records the daily lives of people, and the buildings along the Bianhe River in the capital city of Bianjing (today's Kaifeng), in the middle of the Song Dynasty, during the reign of Emperor Huizong (1100 – 1126).

In particular, the painting captures the celebration of Tomb-Sweeping Day (Qingming Festival 清明节 ). The painting shows several hundred people dressed in a variety of traditional clothing. The ancient work offers a unique insight into the prosperous streets and beautiful landscapes off the time.

The viewer is able to momentarily travel back in time to witness the incredible features of the ancient city's features, such as boats, bridges and shops. There are more than 500 figures drawn in the painting with different expressions and styles of dress, being involved in different economic activities. The vivid and accurate images of the painting reflect real life, demonstrating the immense skill of the painter.

Being one of the oldest manuscripts in China, Recovery Letter is a model calligraphic work.

This incredible piece is the highlight of the calligraphy art in the Palace Museum.

Recovery Letter was created by the artist Lu Ji, during the Western Jin Dynasty, is the earliest surviving work of calligraphy in the world. The letter offers greetings and blessings from Lu Ji to his friend who was unwell.

Calligraphy is an ancient, and much prized, art form that plays a central role in Chinese culture. Using beautifully drawn Chinese characters, the artist is able to paint something personal, beautiful, and unique whilst directly telling a story, or possibly a poem, to the reader.

The Black Lacquer Eight Immortals Clock is a truly exceptional piece of art, because of its size and complexity.

This immaculately preserved clock has seven mechanical systems which control the devices’ chiming and backdrops. According to available records, it took more than five years to complete the construction of this clock. The clock strikes every quarter of an hour.

Prior to the 17th century water clocks were traditionally used throughout China. The arrival of Europeans brought new technology, including mechanical clocks like this one, which were highly prized throughout the highest courts of the Middle Kingdom.

The silk tapestry depicting flowering plum tree branches and two magpies by Shen Zifan is a priceless textile art work and a central exhibit of the Palace Museum.

This piece demonstrates the greatest weaving of the medieval Song Dynasty.

Made using a technique called "cut silk" , a loom weaving form in which the colored vertical threads are moved back and forth through a stable matrix to create the desired patterns. This silk tapestry holds immense value due to the quality of the material it is made from, the time it required to create, and intricacies that demonstrate the incredible skill of the creator.

The zun is a wine container that was popular during the bronze age Shang era and the Warring States Period (475 – 221 BC).

There are only fifty vessels of this kind found in the world, fifteen being in the Taipei National Palace Museum's collection, which was once also in the Forbidden City.

On the inner mouth is an inscription of nine characters in a Shang Dynasty script, indicating that this vessel was a ceremonial object made by the Yaxu ethnic group for royal consorts and crown princes.

This bronze vessel has a flaring square mouth and an elephant head decoration on each corner. On each side between the elephant heads is another strange animal head. The neck, body, and base are decorated with eight ridges running up the corners and faces. The body is covered with motifs of dragons and animal masks.

Made at the behest of the famous Qing Emperor, Kangxi, this beautifully crafted vase has a straight neck, a bulging body, and a foot ring spreading outward.

It is regarded as one of the finest works of art in all of the Palace Museums' collection due to the extraordinary workmanship of the artists, as well as the luxurious materials used. The orifice of the piece is brilliantly white, whilst the bottom has a thick red enamel, which is a result of the glaze's vertical flow during the firing process.

There are two rectangular holes on each side of the feet so that it could be carried easily by tethering, or could be fixed in place, avoiding damage.

Discover More Treasures in the Forbidden City with Us

the Forbidden City in Beijing

A private tour with a knowledgeable guide is the best way to visit the Forbidden City , which is bursting with history and culture. Our guides have explored all the facets of the Forbidden City and can take you to find hidden treasures you will never find on your own.

You may contact us for a customized tour including this attraction, or see these often-selected Beijing itineraries.

How to Visit the Forbidden City - for Discerning Travelers

The Top 10 Museums in China