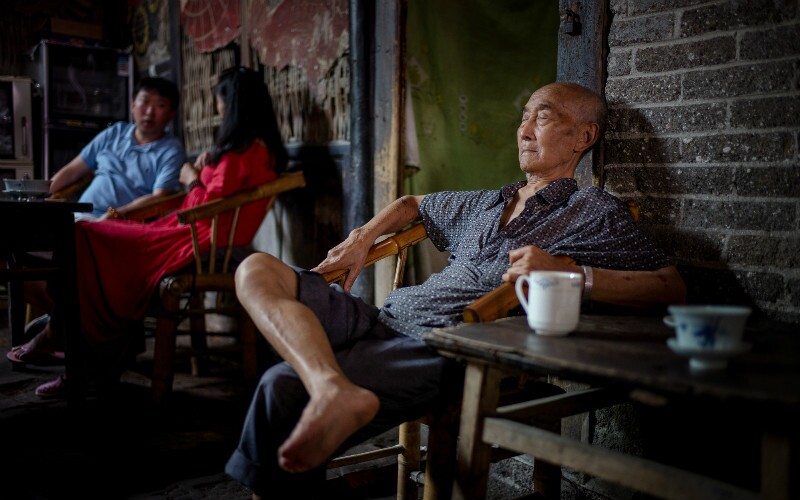 Why go to Chengdu on your trip to China? Chengdu has a zesty tang, relaxing atmosphere, and many interesting attractions such as pandas! Chengdu's world-famous Sichuan cuisine, ancient historical sites near forest preserves, and natural parks are just several of the reasons. Read on to discover the main reasons why Chengdu is a great place to go to on your trip to China.

1. Pandas Are in Chengdu!

For many people, pandas are Chengdu's biggest attraction. The black and white pandas "dressed in tuxedos" are wildly popular. Seeing the pandas is Chengdu's number 1 thing to do. The Chengdu area is the only place where tourists can go to see the pandas in their preserves and panda breeding centers and volunteer to help with their care.

Pandas live in other mountainous areas of China, but the visitor centers are around Chengdu. No other country has pandas except in zoos. See more about the Top Places for Seeing the Pandas

2. Chengdu Has the Spiciest Food in China!

Sharing a red hot spicy hot pot in Chengdu can be a memorable experience.

That is right. If you love spicy food, Chengdu's Sichuan cuisine is known internationally both for good taste and for heat. It has a spicy, tangy, flavor called "mala" in Chinese that they make by combining black peppercorn with red peppers. This distinguishes the cuisine and makes it different than that of other cuisines of China.

They add garlic, ginger and other herbs in a delicious burning combination that will be new to you unless you've eaten Sichuan food before.

Chengdu is also known for its fine dining: Chengduers like to dine and eat snacks. It is considered one of the world's food capitals. This means that it is internationally trend setting for cuisine. Not only is it spicy, but they make dining enjoyable, and it is their way to pass time with friends and family. The care put into preparation, the good taste, and the balance of flavors make it delicious and lift people's moods.

This Sanxingdui mask is about 3,000 years old.

Chengdu's 10 Best Museums are unusually good. Chengdu's museums are probably the third best in China because it has two major archeological and ancient historical sites, the Sanxingdui site and the Jinsha site, that are among the best in China.

Only Beijing that that has imperial palaces and architecture and Xi'an have more interesting historical sites. About 3,000 years ago, an advanced civilization made amazing sculptures, art and metal work, and then they completely disappeared mysteriously.

Along with these two archeological sites, Chengdu has major comprehensive museums and several museums that highlight the special local culture. Chengdu was somewhat isolated in the past and developed a distinctive culture.

Jiuzhaigou can be sunny and hot in the summer.

Chengdu is also noted for having two of China's best national parks and large tracks of mountain areas set aside for preservation. Jiuzhaigou is second only to Zhangjiajie for popularity among tourists. If you like hiking, the mountains reach far above 15,000 feet, and you can do extensive hiking.

Along with beautiful nature, people also find that the ethnic Tibetan and Qiang people who live in the mountains north and west of Chengdu are interesting to visit. They like to try to Tibetan food and just watch Tibetans go about their daily activities in the towns and villages in the mountains.

The People's Park is easy to go to in the center of Chengdu. It is a place to relax.

In China, Chengdu is known as the most laidback and relaxed city in China. For whatever the reason, the culture is more orientated towards leisure and relaxation They like just socializing with friends and family more than other people in other cities where the pace of life is more hectic and people work harder and longer.

This is partly why Chengdu has so many more teahouses and restaurants than other cities its size. The people like to get together and be with each other for hours.

Chinese like to go to Chengdu for vacations to relax. Leisurely visiting a panda breeding center, seeing a museum, and spending lots of time sampling the hundreds of kinds of restaurant dishes and Chengdu Street Foods are things you can do to relax, enjoy the area, and recharge. Sichuan food is energizing and invigorating.

Chengdu's airport is close to the central city where tourists usually go, and compared to most airports its size around the world, you'll find that using the airport and arriving and departing is unusually fast, efficient and less stressful.

While you can get lost in other large airports and navigating an unfamiliar airport is difficult, Chengdu's airport is set up so that it is easy to go to and find your boarding area.

A metro station and a bullet train station make travel to and from central Chengdu and famous touristic places unusually quick. For example, you can directly ride the subway directly to the exact center of Chengdu at Tianfu Square Station in about half an hour. Taking the taxi takes only 15 minutes!

The metro is laid out efficiently, and taxis and buses make it easy for people to get around. The 144-hour Visa Free Travel policy makes the city stand out among Chinese cities for ease of visiting. Only about 13 other Chinese regions have it. See more about Chengdu's Transportation.

The New Century Global Center is the BIGGEST MALL in the WORLD. They tried to make it a unique shopping experience by putting in its own WATERFALL, beach, water park, luxury hotels, gourmet dining.... the things you can do in such a big building goes on and on, so you might come out the next day.

The mall's building is the biggest single building in the world measured by floor space. Along with these, there are new luxury malls in the new skyscrapers in the central city, and unusual ethnically made crafts and bargain shopping in Chengdu's shopping streets will allow you to stock up with goods and gifts for your trip home.

Historically, Chengdu was known as a breadbasket and for its wealth, and during the Tang era (618–907), imperial officials and rulers lived there. Chengdu was known for poetry, and at Dufu's Thatched Cottage Museum and park, you can get a taste of ancient Chinese culture and literature.

Along with literature, Chengdu's cultural highlights include China's most popular regional cuisine, and you can also watch a face changing Sichuan opera performance where acrobatics, stage magic, intense music, and virtuoso actors and musicians combine to present you with an entertainment extravaganza that might shock your senses.

Special cultural attractions include the Dufu's Thatched Cottage Museum and park for Tang era (618–907) poetry and the Sichuan Cuisine Museum.

People's Park in Chengdu, close to the exact center of the city and near subway stations, is a place to go to for a taste of both Chengdu's rich cuisine and rich culture.

9. Chengdu Is the Gateway to Tibetan Lands

The Meili Snow Mountains are a sight to see near Kangding.

Chengdu's efficient airport and bullet train hub stations allow you quick access to both Lhasa and the Tibetan minority areas in the mountains just west and north of Chengdu. Chengdu is known as the "Gateway to Tibet."

From Chengdu, you can travel by road in 5 hours to the high mountains of Kangding area where there are glaciers, tall inspiring mountains, cottages and cabins you can rent for a getaway, and Tibetan markets. It is an old trading and merchant town.

Chengdu has the most flights to Lhasa and the best access to the Tibetan lands of western Sichuan.

10. Chengdu Is Rich in Buddhist and Taoist Culture

The Leshan Giant Buddha is only 1½ hours from Chengdu by bus, and is a popular Chengdu sidetrip alongside Mount Emei, which is one of China's Four Sacred Buddhist Peaks.

Mount Qingcheng is one of the places where Taoism originated and featured as the home of Kung Fu Panda Po in the movies. The city of Chengdu itself also has some large and interesting Buddhist and Taoist temples located in relaxing parks, such as Qingyang Taoist Temple.

Discover the Best of Chengdu with Local Experts

A couple enjoyed their day to be panda keepers.

Do you want to experience the best of Chengdu? Traveling with a local expert facilitates more discovery than trying to research it out for yourself.

Tell us your interests, and one of our specialists will help you to maximize your travel experience by suggesting the optimal trip for the time you have and the things you want to do.

Here are 3 itinerary ideas. Tell us what you'd like to do, and we'll plan an ideal itinerary for you.