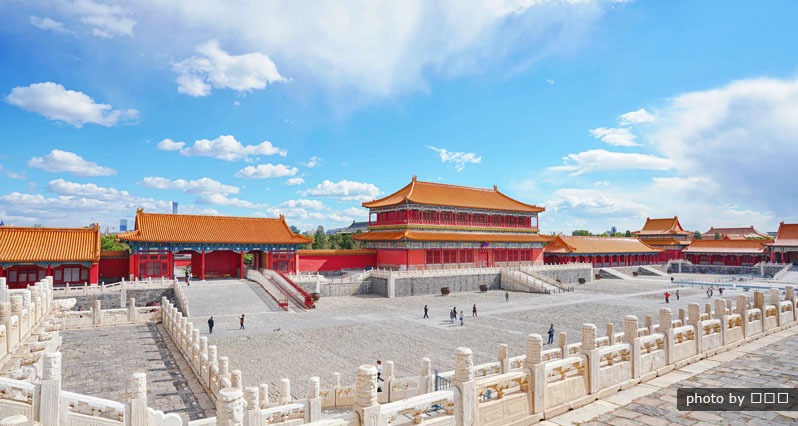 As we all know, Beijing is the capital of the People's Republic of China. Beijing has almost continually been the capital for the last 700 years. It was an imperial capital during six Chinese dynasties. As China's second-biggest city (after Shanghai), Beijing is the political, cultural, and educational center of China.

Located in the northeast of China, Beijing is almost completely surrounded by Hebei Province. With an area of about 16,410 km2 (6,340 sq mi), Beijing has a population of about 20 million.

Beijing is one of the oldest cities in the world, whose history can be dated back to 3,000 years ago. It was the capital of six ancient dynasties, including the empires of the Yuan, Ming, and Qing that were the largest and most powerful.

As a major hub for high-speed railways, national highways, and expressways, Beijing plays an important role in transportation in the north of China. Beijing International Capital Airport and Beijing Daxing International Airport are the two of the biggest and busiest airports in the world, making Beijing very accessible.

Being rich in historical and cultural attractions, Beijing is one of the most popular travel destinations in China and even the whole world. Millions of tourists are attracted by this fascinating metropolis every year. The upcoming 2022 Beijing Winter Olympics will make Beijing even more well-known to the world.

Names of the Capital of China

During the Modern China era, Beijing was called Beiping from the 17th year of the Republic of China. Many people were still using “Peking” at that time, which is a defunct Wade-Giles romanization, first written by 17th-century French missionaries. It officially changed its name to Beijing after the People's Republic of China was founded on October 1st, 1949.

The History of Beijing as a Capital

The world-famous Forbidden City was built in Beijing in 1420, when the Ming dynasty moved its capital from Nanjing. At the end of the Qing Dynasty, the capital of China was again moved to Nanjing as civil war broke out. After the People's Republic of China was founded on October 1st, 1949, Beijing was named as the new capital of China. Read more on Beijing History.

As the capital of China, Beijing is the political, economic, educational, diplomatic, and cultural center of China.

The famous Beijing opera originated in Beijing, which is the summit of Chinese traditional theater acting. The Beijing dialect of Mandarin forms the standard for language teaching nationwide.

Beijing is also an old city with more than 3,000 years of history. It was the capital of (part of) China six times.

The architecture of Beijing has a combination of modern and traditional styles. The siheyuan (courtyard house) is the traditional housing style in Beijing. The narrow alleys between siheyuans are called hutongs. Beijing's hutongs are one of the most popular tourist attractions in Beijing.

Beijing's Forbidden City is the best representative of imperial architecture in China.

Beijing is a modern international city, which has attracted millions of tourists from all over the world every year (pre-COVID).

Hosting the 2008 Summer Olympics made Beijing even more well-known worldwide, and this was a landmark in China's rise as a global power. Furthermore, the 2022 Winter Olympics is to take place in February in Beijing, which will make Beijing the first city to host both summer and winter Olympic Games.

If you are looking at a map of China, then you will see Beijing is in the northeast surrounded by Hebei Province, at the northern tip of the North China Plain. To the south and east of the city is the plain, while the north and west are surrounded by mountains. The Great Wall of China is situated in the mountains north of Beijing.

To the east of Beijing is another metropolis — Tianjin, which has a close connection with Beijing economically and for transportation, especially by sea. The Chaobai and Yongding are the major rivers flowing east through the city towards Tianjin.

Tian'anmen Square is deemed the center of Beijing city. Around the city center, there are six concentric ring roads.

The People of Beijing

According to the latest national statistics of 2020, Beijing's population is 21,893,095. It China's second largest urban population after Shanghai's.

About 96% of the population are Han Chinese. The other 800,000 people in Beijing are ethnic minorities, including Manchu, Hui, Korean, Mongol, and Tujia, which constitute the five largest minority groups.

The native people of Beijing speak the Beijing dialect, which is the most prominent Mandarin dialect.

The Culture of Beijing

As an old capital of China, Beijing has rich cultural resources.

Beijing's food culture is also a strong representative of traditional Chinese culture. Famous local dishes include Peking roast duck, instant-boiled mutton, zhajiangmian (noodles in soybean paste) and other local snacks. For what and where to eat in Beijing, read more on Top Beijing Foods and Restaurants.

The Climate of Beijing

Located at 41°N and 116°E on the inland plain of northern China, Beijing's climate is a typical continental monsoon-affected climate.

Beijing's four seasons are very distinct. Spring in Beijing is windy and short, while summer is hot and humid. Winter in Beijing is long, dry, and cold, and its autumns are cool and pleasant. Dust storms always occur in springtime.

The best time to visit Beijing is autumn, which is from September to November. Read more on Beijing's Weather and Climate.

As one of the top Ancient Capitals of China, Beijing is rich in historical tourism and cultural relics. There are not only a great many awesome medieval buildings in Beijing, but also marvelous modern facilities.

There are seven UNESCO World Heritage sites in Beijing: the Great Wall, Forbidden City, Summer Palace, Temple of Heaven, Ming Tombs, Grand Canal, and Peking Man Site at Zhoukoudian, as well as the nearby Chengde Mountain Resorts in Hebei Province. Rich travel resources make Beijing the most popular travel destination in China and one of the most popular in the world.

In Beijing, tourists can explore authentic Chinese culture through the old architecture, as well as experience China's modern marvels by visiting the Olympic facilities.

As capital of China, Beijing plays an important role in China's air, railway, and highway transportation network. It is the number one hub for the whole country's transportation.

There are thousands of direct railway services connecting to Beijing. Passengers from all provincial capitals can easily take a high-speed train or flight to Beijing. Subway lines, buses, and taxis are very convenient ways to transit in the urban areas of Beijing. Read more about Beijing transportation.

The other newer airport is Daxing International Airport, which is about 53 kilometers (33 miles) south of the city center. It is very easy to take a shuttle bus, taxi, or subway train to these airports.

Beijing is the largest node of China's railway network. Most big cities of the other provinces have direct trains to Beijing. The famous Jingjiu Railway runs from Beijing to Hong Kong, which spans most of the country from north to south.

High-speed trains can save you a lot of time in traveling from Beijing to other cities of China at a reasonable price. It is popular and enjoyable to travel by train in China.

You can choose from the subway, buses, and taxis to get around the city of Beijing. There are 24 Beijing subway lines running from the early morning to midnight. If you want to avoid the rush hour traffic jams, then the subway is a very good way to save time.

There are about 1,200 buses running through the city of Beijing. Passengers can pay the bus fare in cash or by Transportation Smart Card.

Taxis are the more expensive option, but still much less expensive than in Western countries. They are the most comfortable and efficient way to get around in Beijing... apart from privately-driven tour transport, which we provide.

Besides being the host city of the 2008 Summer Olympics, Beijing has hosted a lot of international sport meetings and Chinese national sporting events.

The major sporting venues of Beijing are the National Stadium (Birds' Nest) and the National Aquatics Centers (Water Cube). They are also the largest stadiums in China. Beside these, most universities in Beijing have their own sport facilities.