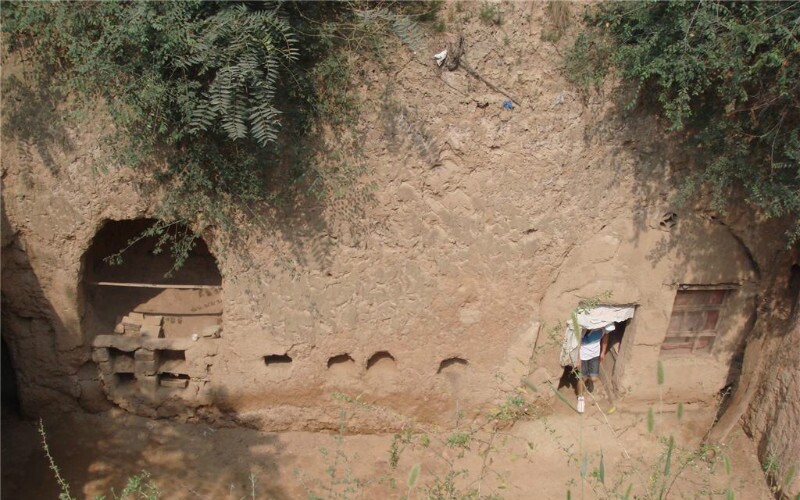 Shaanxi Travel Guide - How to Plan a Trip to Shaanxi

Shaanxi is a province located in northwest China, with the short names are Shan (陕) and Qin (秦), and covering an area of 205,800 square kilometers (79,460 sq. mi.). It plays an important role in Chinese history; it has been the center of polity, economy and culture in many dynasties, including Zhou Dynasty (1675 BC–1029 BC), Qin Dynasty (221 BC–207 BC), Han Dynasty 206 BC–220 AD) and Tang Dynasty (618–907). In a word, Shaanxi is a significant cradle of ancient Chinese people and Chinese culture. The provincial capital is Xi’an, one of the four famous ancient capitals in China (the other three are Beijing, Nanjing and Luoyang). Shaanxi is the province bordering the most provinces in China, including Shanxi, Henan, Hubei, Sichuan, Gansu, Ningxia and Inner Mongolia. Both the Yangtze River and Yellow River run through Shaanxi Province.

Shanbei (north Shaanxi) is located in the north of the North Mountains. The south of Shanbei is loess plateau, while the north is Ordos Desert. The area of Shanbei is 92,521 square kilometers (35,723 sq. mi). As a famous place of revolution, Mao Zedong (Chairman Mao) and proletarian revolutions have lived and worked there for 13 years, living plenty of valuable revolutionary relics in Yan’an City. Since ancient times, Shanbei is an area for national amalgamation, and many ethnic monorities had stepped on the arena of history as victors, such as Xiongnu, Qiang, Manchu, Mongol, Xianbei, etc. So besides the dominant culture–Han culture, Shanbei is also influenced by those ethnic minorities' cultures.

The winter in Shanbei is chilly, and the difference in temperature between day and night is big. There is sandstorm weather in Shanbei, especially in spring. The best time to visit Shanbei is in summer and early autumn. Major city in Shanbei is Yan’an.

Guanzhong (the central Shaanxi plain), covering an area of 39,064 square kilometers (15,083 squ. mi), is located in the south of the North Mountains, and the north of the Qin Mountains. Guanzhong is an alluvial plain area formed by Weihe (one of the two mother rivers in Shaanxi, the other is Han River). With most advantaged natural conditions in Shaanxi like flat and fertile land, and rich sauce of water, Guanzhong is an important producing area of wheat and corn in north China.

Due to the advantaged natural condition and the geography advantage of “easy to hold but hard to attack”, Guanzhong is the top choice of founding a capital in past dynasties. It is also one of the birthplaces of Chinese civilization: the stories about Fu Xi (the ancient emperor in Legendary Period in Ancient China is regarded as the primogenitor of Chinese culture), Nv Wa (a goddess in Chinese archaic mythology with woman-head and snake-body, and the younger sister of Fu Xi, she has built the human society and marriage system in China), Yan Emperor and Yellow Emperor are all related to Guanzhong, Shaanxi. Read more about Yellow Emperor and the Yellow Emperor Mausoleum Scenic Area in Yan’an.

The ancient capitals, Xi’an and Xianyang are located in Guanzhong. There are many historical relics in Xi’an City: the Terracotta Warriors and Horses (one of the World Heritage Sites in China), Shaanxi History Museum, the Great Mosque, Big Wild Goose Pagoda and so on. The Xi’an City Wall, erected in the 14th century Ming Dynasty (1368–1644), is also a historical relic should not be missed. In Xi’an, a museum named Guanzhong Folk Art Museum shows the culture in Guanzhong with many relics of folk culture.

The summer in Guanzhong is very hot, and the winter is dry and cold, so the best time to visit Guanzhong is in spring and autumn.

Shannan (south Shaanxi), located in the south of the Qin Mountains, is the main producing area of rice and cole. Hanzhong, a city in Shannan, is an important birthplace of Han nationality. Because Liu Bang (256 BC–195 BC), the first emperor of Han Dynasty (202 BC–2 AD), was once made a king of Hanzhong, his dynasty is named Han Dynasty, so as Han nationality. Liu Bei (161–223), the first emperor of Shu Han (221–263) during the Three Kingdoms Period, built his regime in Hanzhong.

Summer is the rainy period in Shannan, and winter is chilly. The best time to visit Shannan is in spring and autumn. Major cities in Shannan: Hanzhong City, Shangluo City, Ankang City.

The best time to travel in Shaanxi is spring (March, April and May) and autumn (September, October and December). Visiting the cultural relics and historic sites is an essential part of traveling in Shaanxi, and the climate of spring and autumn in Shaanxi is suitable for this. The weather is either too cold or too hot, so it is comfortable to walk in the Xi’an City or visit scenic spots.

Every place has its own local food, so does Shanxi. Such as Pita Bread Soaked in Lamb Soup (羊肉泡馍in Chinese, a kind of famous snack in Shaanxi with a history more than 100 years), Shaanxi Cold Noodles (陕西凉皮), and dumplings banquet (dumplings made with different shapes and fillings) in Xi’an. Read more information on Xi'an Food.