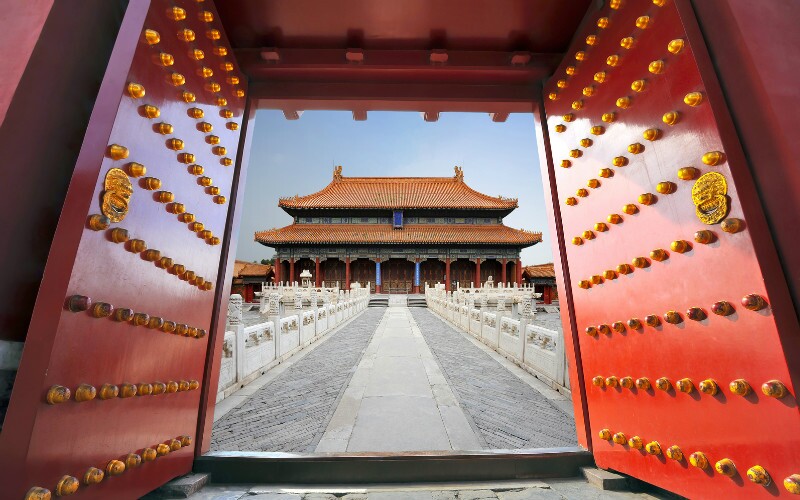 10 Facts to Help You Discover Chinese Architecture in 10 Minutes

1. From 2,000 years ago, stronger structures were perfected.

Ancient (imperial) Chinese architecture started developing very rapidly from the Han Dynasty (206 BC – 220 AD) onwards. At this point, builders had mastered earth ramming skills for city walls and the Great Wall, and knew how to fire tiles and built with cut stones.

It wasn't until the Three Kingdoms to the Southern and Northern Dynasties era (220–589) that much characteristically Chinese architecture developed, including Buddhist architecture.

During the Sui (581–618) and Tang (618–907) dynasties, advances were made in kilns, and bricks had become more popular. These two eras are known for their great conquests and achievements, including those in architecture.

This is why no expense was spared during the building of  imperial palaces.

The most famous example is the palace in Beijing: the Forbidden City. This structure is the largest ancient palatial architecture in the world (and you can visit it to learn about its history in-depth with us).

Another great imperial palace to visit is the Shenyang Imperial Palace.

3. Altars and temples represent worship to heaven/deities through their architecture.

One of the most famous examples of this is the Temple of Heaven in Beijing, which is where emperors sacrificed every winter to pray for a good harvest the following year.

Other famous temples in China with incredible architecture include the Nanshan Temple in Sanya, and Xiamen's South Putuo Temple.

In Chinese culture and architecture, mausoleums are really important because in ancient China people believed that people's spirits lived on in tombs after the body passed away.

As mausoleums were built according to fengshui, most Chinese mausoleums are found on or nearby mountains. Other distinguishing features include a path leading up to the structure, as well as statues of humans or beasts on either side of this path.

In China, famous mausoleums that are great to visit include the Mausoleum of the First Emperor, particularly the Terracotta Army, in Xi'an, and the 13 Ming Tombs in northern Beijing, which are UNESCO World Heritage sites.

5. Ancient Chinese cities were frequently surrounded by a set of walls.

Back in ancient and imperial days, Chinese cities often had inner walls and outer walls.

Large gates opened up to allow people in and out. Beijing, for example, contained nine magnificent gates during the Ming and Qing dynasties (1368–1912).

The four corners of the walls had watch towers, which were used as look-out points to keep an eye out. You can still these structures at the Xi'an Ancient City Wall, the Pingyao Ancient City Wall, and in Nanjing, the latter of which is probably one of the most elaborate of all city walls.

6. Pagodas were introduced into China alongside Buddhism.

Pagodas' octagonal towers were introduced to China along with Buddhism from India. As a result of Chinese influences, pagodas in India and China are different. For example, Indian pagodas generally have relics inside, but in China this isn't usually the case.

The most notable pagodas in China to visit are the Big Wild Goose Pagoda of Xi'an, the Three Pagodas in Dali, the Iron Pagoda in Kaifeng, and Six Harmonies Pagoda in Hangzhou, and these lesser known but equally impressive four pagodas.

Pretty much every Chinese landscape garden contains architecture, like a pagoda, colonnade, or a pavilion, decorative rocks, and a rock garden, plants, trees, flowers, and water elements. Most Chinese gardens are also enclosed by a wall and with winding paths.

These gardens are deliberately and carefully designed for visitors to walk through in a particular order. Some of the best examples of luscious gardens are Shanghai's Yu Garden as well as Suzhou's Humble Administrator's Garden and Lingering Garden.

8. After the 1840s, Chinese architecture started to blend traditional Chinese and Western characteristics.

Buildings built after the 1840s, particularly those for entertainment such as restaurants, hotels, theaters, and so forth, started to incorporate Western elements into their design.

Modern Chinese architecture became more of a mix of elements, something that is especially visible in the cities of Beijing, Shanghai, Tianjin, Qingdao, and Harbin, which had more foreign exposure.

Tianjin especially is famous for its foreign legation quarter, five remaining streets downtown with over 100 imposing residences, but Shanghai's Bund has an equally impressive display of foreign-style architecture, which you can see walking past or on a Huangpu River Cruise.

9. China's opening to the world in the 1980s led to more new architectural styles developing.

Today, you'll see some really impressive architecture throughout the entire country as a result of the opening up of China in the 1980s, but also as a result of China's rapid economic modernization.

Modern icons include Beijing's famous Bird's Nest, built for the 2008 Olympics, as well as the Oriental Pearl Tower in Shanghai and the Shanghai Tower.

10. China's now has the world's most impressive collection of skyscrapers.

Visiting Beijing, Shanghai, Shenzhen, or Hong Kong, you'll be amazed by the incredible tall buildings that are either completed or still mid-construction. The Shanghai Tower is currently the tallest tower in China, and the second tallest in the world, standing at 632 meters and 128 floors.

China's second tallest building is the Ping An IFC in Shenzhen, standing at 599 meters tall and 115 floors.

Hong Kong's tallest building is the ICC Tower, at 484 meters, 10th in the world [2017]. It has a great viewing platform (Sky 100) on the 100th floor where you can marvel at Hong Kong's incredible infrastructure and mountainous nature.

We can also offer half-day or day tours around all of the architectural structures and sites mentioned in this article.