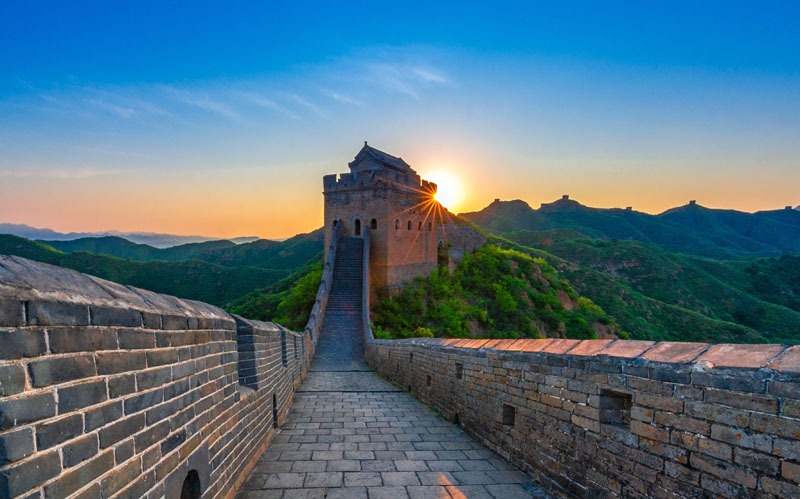 It’s Worth Visiting Beijing: 12 Reasons Tell You Why

Beijing is brightened by its glorious past but is by no means stuck in the past. Behind its rich and complex historical tapestries, everyday life unfolds with bewildering variety.

From the commanding austerity of the Forbidden City to the hectic bar street at Sanlitun, Beijing is overflowing with a unique charm, beckoning visitors from around the world to lose themselves in its prestigious poise. We could list hundreds of reasons to visit Beijing, but the following reasons should be on the top of the list.

1. Lots of Attractions to Visit

Beijing is a monster of a city. 20 million locals, 16 massive districts and 17,000 square kilometers full of modern to ancient sights that would decorate any Facebook photo album ten times over.

Beijing is a window with a view on much of China’s history. Beijing boasts a history of more than 3,000 years, of which more than 800 years were as a national or regional/kingdom capital.

During the course of history, many buildings were built by the ruling dynasties in Beijing, making it the city with the largest number of imperial relics: palaces, gardens, temples, tombs…

As an ancient capital, Beijing has preserved many aspects of traditional Chinese culture very well: Beijing opera, kung fu, tea culture, paper cutting, Chinese calligraphy, sugar painting… If you are interested in these, you can experience them at their best in Beijing.

Beijing’s religious culture is also rich including Taoism, Buddhism, Christianity (Protestant and Catholic), and Islam — the Four Religions of China. Lama Temple is the largest Tibetan Buddhist temple outside of Tibetan areas in west China, White Cloud Temple is Beijing’s most famous Taoist temple, Chongwenmen Church is the largest Methodist church in Beijing, and Beijing Niujie Muslim Mosque is the oldest Islamic site in Beijing.

Peking roast duck is the No. 1 representative of Beijing food. It is called "the first dish to taste in China". In Beijing, you should taste authentic Peking roast duck cooked in a local way. Besides roast duck, there are many more Beijing foods to try like shredded pork in Beijing sauce, noodles with soybean paste, rolling donkey, and sugar-coated haws on a stick.

China’s 56 ethnicities from every corner of the country are concentrated in the city bringing their delicacies to Beijing and many are now also ingrained in Beijing life, like Mongolian hotpot, Sichuan hotpot, and Kung Pao Chicken.

One of the major attractions in Beijing are the zigzagging hutongs, an integral part of Beijing's local culture. Created in the 13th century, the Hutongs are actually small public alleys with private courtyard residences. It is the way old Beijing used to be. Hutongs are like folk-custom museums, presenting a window into a traditional way of life intertwined with the old architecture and maze of narrow streets.

Take a rickshaw through the hutongs, visit a hutong family, hunt for hutong delicacies… These will be unforgettable experiences in your Beijing visit.

14 years after the 2008 Summer Olympics, Beijing will host the Winter Olympics in 2022, presenting the charm of winter sports to the world.

A total of 109 events in 15 disciplines will be contested. Watching a competition event and cheering for your favorite athletes would be an absolutely awesome experience.

Many excellent ski resorts have been newly built in Zhangjiakou, near Beijing, which is the main venue for the skiing events.

You can go skiing “like an Olympic athlete” there. Recommended ski resorts include Thaiwoo Ski Resort and Genting Resort Secret Garden.

Beijing has several shopping districts offering a mind-boggling variety of goods. Besides the traditional shopping districts, including Wangfujing Street and Qianmen Street, the lively outdoor markets should not be missed by foreign travelers. Check out Panjiayuan "Antiques" Market and Xiushui Street for local specialties such as fresh-water pearls, antiques, silk, and much more.

The Ya Show Shopping Center, Zoo Wholesale Market, and Silk Market offer some of the world's hottest brands at the world's cheapest prices.

The juxtaposition of modern and ancient structures and culture is one of the most astounding spectacles on the city's landscape.

A five-hundred-year-old hutong nestled under the shadow of a towering skyscraper or a high-tech super-modern structure across the street from an ancient empirical palace is an awe-inspiring treat that never get old. This in addition to the lightning-fast city development and construction keep the face of Beijing under an unending facelift.

As the capital city of China, Beijing attracts people from all over the country and the world. The diversity and vitality of the city has endowed Beijing with a varied and colorful nightlife. Lots of people choose to relax themselves in the bars. The numerous shows and performances, including Peking Opera and acrobatics, are attractive to lovers of live entertainment.

10. Accommodation of All Levels

Beijing has great appeal to both domestic and international travelers. To cater for the booming tourist industry, Beijing provides accommodation that can meet all budget levels, including boutique hotels, star-rated hotels, hostels and inns.

As the nation's capital, Beijing is the center of domestic transportation. It also has many international direct flights to major cities of the world. Air and rail connections link Beijing to virtually every point in China, and fleets of buses head to destinations around Beijing.

Beijing is a safe and tourist-friendly city. Beijing has received about 3 million foreign visitors every year (in recent pre-COVID years).

Beijing people are warm and friendly. They will be happy to share everything about Beijing with you. Most young people can communicate in basic English.

Tour Beijing with Us

Just make a free inquiry for a customized tour with professional arrangements to save you time and avoid any unforeseen problems. We have over 20 years of experience tailoring tours in China!